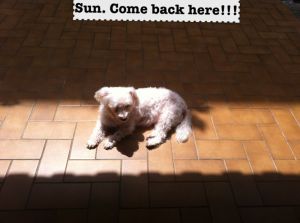 The lack of conviction could be seen in the recent low volumes. An average 6.4 billion shares changed hands daily on the NYSE, NYSE Amex and Nasdaq this week, compared to a 7.81 billion daily average during February 2011. Source : http://www.reuters.com/article/2012/02/24/us-markets-stocks-idUSTRE81K0CU20120224

Quite battered last week by the sudden turn in the markets. But before you throw in the towel, it is always good to know why.

Nothing much makes sense now. Fx traders telling me to buy EUR/USD and USD/JPY because it is in a new range which means it will test higher, ignoring the fundamentals. Equity traders saying they have no idea for the bullishness and blame it on the low rates. Gold and oil traders saying buy because there is a war coming which will prolong the global slowdown, in the event of, would that not mean less need for oil ? Rates traders saying buy Treasuries because of all the uncertainty in the other asset classes which means buy more commodities as a hedge to inflation.

I am confused, confounded, perplexed and piqued.

What Next ? Making Decisions.

Sorely tempted after watching this video below which is fast going viral.

No way. War bet. Momentum play. Let’s face it. Anyone buying oil now is rooting for a long dragged out stand off between Iran vs rest of the world.

Or perhaps the latest on North Korean threats to wage a “sacred war” ? What ?

Feeling a bit like this one I read. Dear Investors,

Prepare For The Market To Rip Out Your Hope, And Consume It In Front Of Your Eyes

Conclusion : Wait for better entry levels and yes, probably will be a bull year, ending at current levels.

There are 3 majors in the G3, no kidding. 2 are in recession.

Yet sadly, everything is dominated by the weakest link at the moment. In the week ahead too. EUR and EUR crosses especially the JPY. Looks like Japan wasted no time in deploying the ammunition and no better timing too when the entire world is short.

Feels like they are pulling a Panda move ala 2010 when China bought EUR/USD at 1.19.

I remember turning long at 1.25 in disbelief after throwing in the towel after weeks of wait. No fool this time. Will position small and average up.

If Juncker has not been labelled liar so many times, might have even hung on this recent one.

5. Would I be buying Treasuries ?

Probably yes. Would stay long now. There is no other suitable replacement. Bonds as an asset class surpasses equities by 10 to 1. With the exception of real estate, there is no other investment substitute.

LTRO and the Japan liquidity tsunami, it looks like bonds are going to be in favor for the rest of my career.

Maybe I should relook at Gold now ?

I do not like Pimco usually and its the industry’s joke that we should do the exact opposite of what Gross says. Yet El Erian wrote this well (because he did not say buy GOLD, OIL, Stocks or Bonds – but we know they are long)

On the bright side, The Economist reports that “Despite the global economic gloom, the world is a happier place than it was before the financial crisis”.

Indonesia is tops followed by India. US is 6th, surprise ! But Forbes says Singapore is 3rd richest in the world. Trade off !

There is a story out there about how religion is tied to lower risks of stock price crashes which is making me go hmmm about China’s cases of fraud.

I guess I will sleep on it… Its only Sunday tomorrow.

← Can Asia be split into core and peripheral?
Someone Tell Me : Is The Only Thing Deflating Right Now Is Money ?..and Orange Juice →