Now where was I then ?

The 2 big headlines dominating the week has been Japan with mild comparisons to the 1998 crisis; and bird flu in China which is compared to the 2003 SARS outbreak. Minor rumblings and grumblings on the authenticity of China’s economic data as well as the new fad of bitcoins which can be used to buy Ferraris, or so I have read.

All performed well on pent up market demand, with prices holding above par.

An interesting question that has sprung to mind is this. Is the world suffering a crisis in recovery or a recovery from crisis ?

The mood seems to be holding up but the uncertainty is really catching on, as evidenced in the erratic central banking behaviour that has taken centrestage over politicians. By that I am referring to the sudden global obsession with the BoJ and that the quadrillion yen that they have promised to inject to be hitting all shores abroad soon. So we have fast money, greedy money, retail money all falling over themselves, convinced that it will be ultimate QE coming on board.

So we have a rally on bad news and a bigger rally on good news, like in the case of the Australian unemployment today, a missed number and yet ASX closing higher. The market nonchalant to the China local debt rating downgrade by Fitch with astounding demand for the new USD CNPC deal. Market torn asunder with Bill Gross raising his US treasury holdings to highest level since July but Blackrock seeing no way to make money from sovereign debt.

I give up. I was there in 1998. Nobody knew what was going on then too. It took them a few years to figure that out. 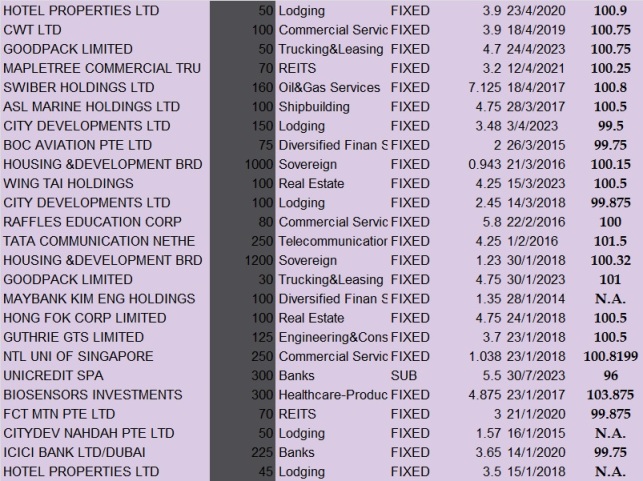