You Don’t Signal When You Drive In Singapore – Random Thoughts

You don’t signal when you drive in Singapore because the cars behind will only speed up to make sure you cannot change lanes.

It is like crabs in a basket. They can never escape because once one manages to climb to the top, the rest will clamber and bring it down. That is why I believe Europe is more likely to spiral down than up. And if China ever spirals, China will make sure the entire world spirals down with her.

In this world where banking is a dirty word,  bankers are surprisingly not the most resented. http://www.zerohedge.com/news/simmering-resentment-you-thought-banks-were-unpopular 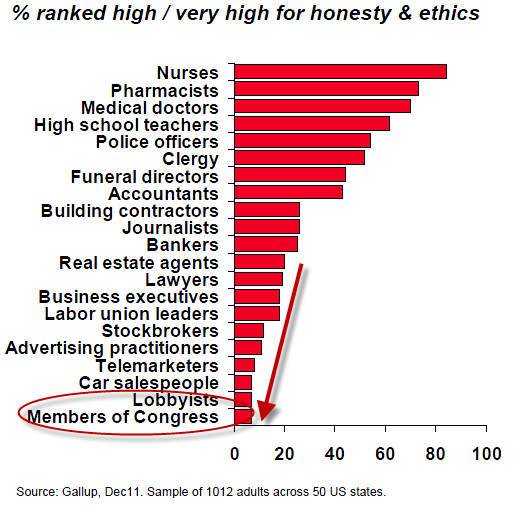 Bankers are not the scapgoats now. The landscape is starting to sway towards a universal resentment of the Plutocrats. The rich puppet masters pulling the strings of the politicians and central bankers and the MEDIA too !

I feel these waves of discontent wash over almost all corners of the world as the markets float about in limbo soup.

People are just confused and frustrated with the central bank rhetoric and political developments. Politicans are people too and they buckle too when their conscience bends over. The austerity encumbrances will stretch past the unborn ungeneration who have no voice in their destiny. The burden of the decisions made by the lawmakers will go down in history and resound into the darkly bleak future, where even the bright lights of the Iphone cannot illuminate.

Is there anything to be optimistic about ?

Well, we had BRICs for the past 5 years. Now the BRICs are not so stalwart anymore.  Apple is taking our hope into a virtual world, for the time being.

It is time for us to acknowledge the truth. The follow through to austerity, frustration and confusion, is usually the reaction of a cornered rat. To turn self protectionist and bite back .

In the article above, the German austerity and recession handed the reins of power over to Hitler over 80 years ago and I see this headline yesterday.

It is not as horrifying as an idea if we circumspectively view what is happening in Europe and how it increasingly looking like Germany will be arm twisted to issue EUROBONDS to save Europe. Just feels like crabs in a basket to me.

And to me, that is a reason to be optimistic. Because awful things will have to happen, on the road to redress the global imbalances that have been plaguing us for far far too long. And there will be no signals  to alert us along the way.